Welcome back to Term 2! I hope you and your families had a wonderful Easter. The resurrection part of the Easter story is critical to our faith. According to the Bible, Jesus' death was a sacrifice for the sins of others, but his resurrection represents something even more powerful: the potential for rebirth, salvation, and renewal of faith. Easter is the perfect opportunity for Christians to recommit to their beliefs.

This Sunday our Year 3 students commence their preparation to receive the Sacrament of Eucharist - another central element of our Catholic faith. Eucharist comes from the Greek eucharistia, meaning thanksgiving. When we receive the Eucharist we are nourished spiritually, brought closer to God. Registration for the Sacrament will take place straight after 9:30am Mass this Sunday, the 6th of May.

Special thanks to Sonja Mingay for her organisation of the ANZAC Day assembly on the last day of Term 1. It was a very moving experience. Click on the link below to read an article that appeared in the in the Catholic Voice: https://www.catholicvoice.org.au/special-anzac-liturgy-at-st-thomas-mores-primary/ 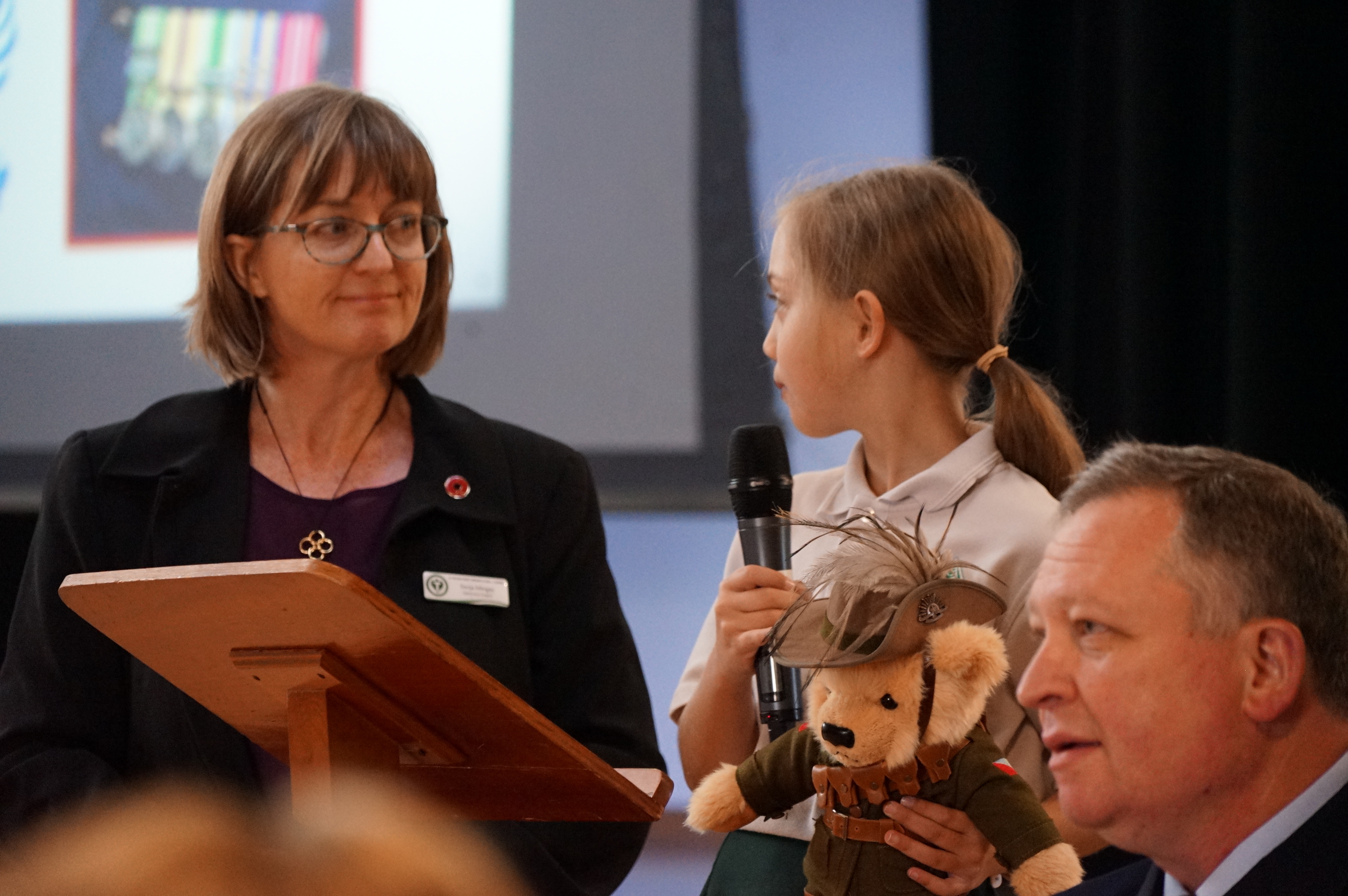 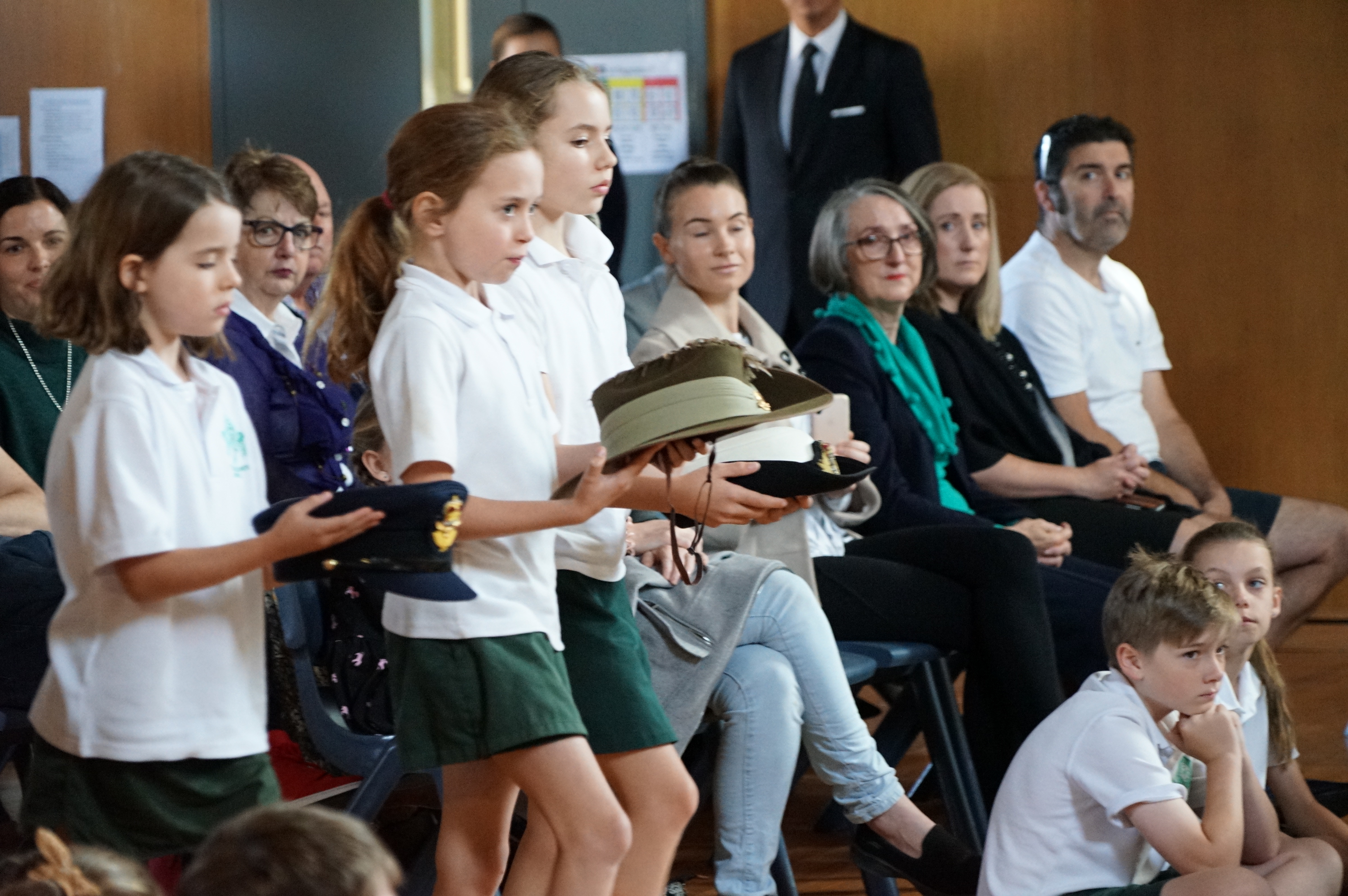 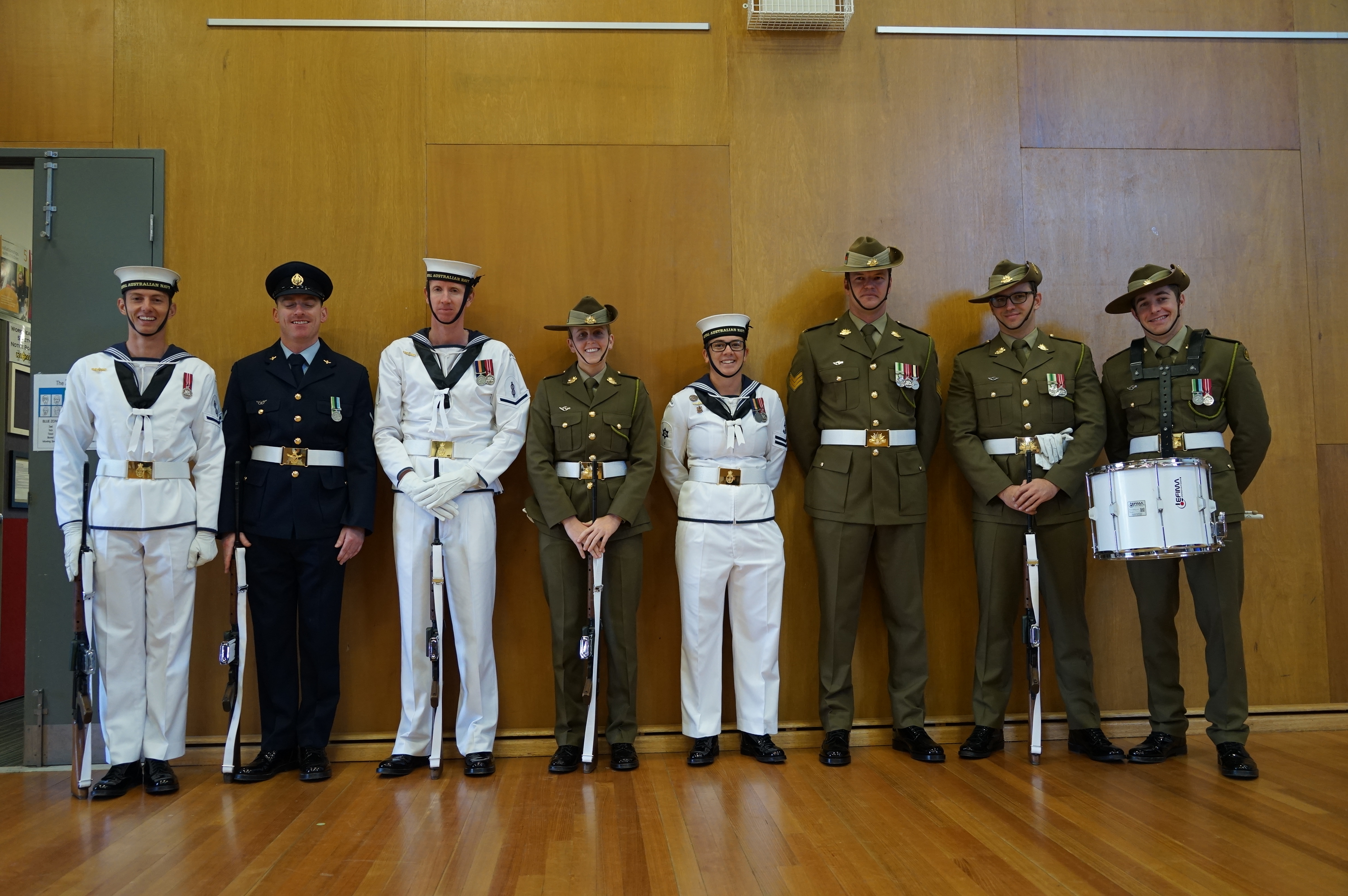 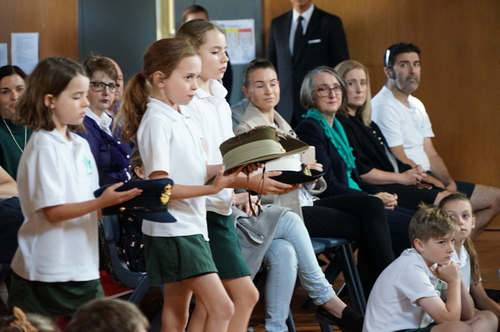 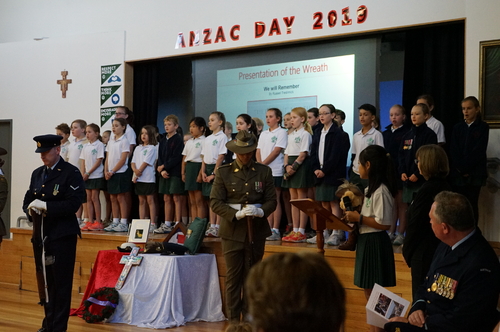 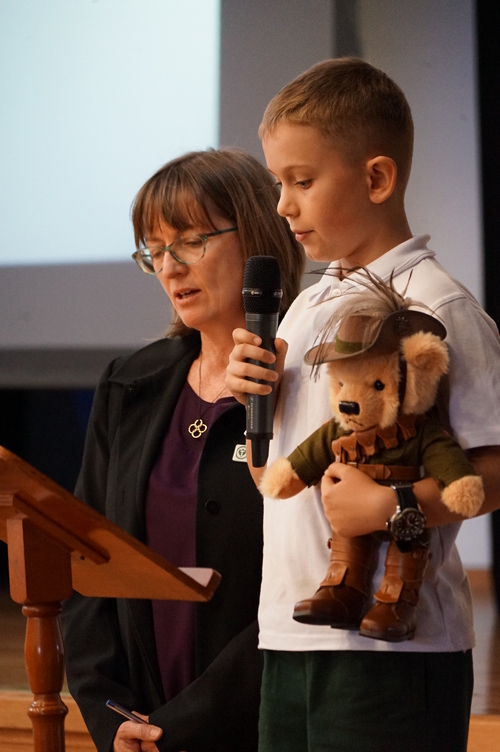 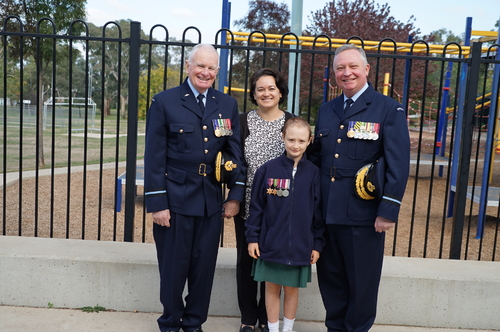 Mrs Gwen Tarleton and Mrs Cassie Neiufi will be taking Coding Club every second Tuesday starting next week. This is a lunch-time club for all students.

We warmly welcome Mrs Katherine Morris to STM teaching staff. Katherine will be teaching The Arts every Wednesday.

Enrolment Period: 6 May until 24 May. Our STM Open Day is on Monday 6 May. If you have a little one ready for school in 2020 or you know of anyone interested in looking at our wonderful school for their child, please encourage them to come along to our Open Day or visit our website and click on the “Enrolment” tile. The online application is much more streamlined!

A reminder to all parents that if you are helping in the classroom you must have your WWVP card on you always. These cards are free for volunteers.

Next Friday, May 10, parents are invited to attend our Mother’s Day breakfast. Coordinated by the 3/4 W parent contact, Sally Witt, and with the help from our wonderful 3/4 W parents, will be organising the event. We would love to see you from 8:00am onwards. After the breakfast we will have our Award’s assembly.

The ACT government have removed dedicated bus services to schools across Canberra. (Many students now have to rely on the public bus network and navigate busy interchanges). We have received a petition from the ACT Liberal Party calling on the ACT government to reconsider the changes and improve the dedicated school bus network. If you would like to sign the petition drop by the front office in the next week some time. 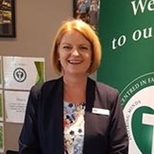 We are a EUCHARISTIC Community

I trust you all had an enjoyable Easter and holiday break with your family.

This term, St Thomas More’s School prayer theme is focusing on being a ‘EUCHARISTIC Community’ and what it means to be a EUCHARISTIC person.

As Catholics, we know that the Eucharist is a Sacrament commemorating the Last Supper, in which bread and wine are consecrated and consumed. We are ‘remembering’ Jesus at the Last Supper and we are also called to go forth to share the love and peace of Jesus in our community.

Pope Francis spoke these important words when he was launching the ‘World Day of the Poor.’

“The Body of Christ, broken in the sacred liturgy, can be seen, through charity and sharing, in the faces and persons of the most vulnerable of our brothers and sisters.”

In other words, as a Eucharistic Community we are called to reach out to those who are less fortunate and feeling vulnerable.

We are also called to show gratitude for what we have in life, knowing there are people who don’t have their basic needs met.

This term is also an important term for students who are celebrating in the Sacrament of First Holy Communion. As a Eucharistic Community, may we reach out to these students in support and share the love and peace of Jesus with them.

May you all enjoy a wonderful Week 10 and holiday break with loved ones.

When: Sunday, 5th May

Project Compassion boxes are due

St Thomas More's Anzac Day Liturgy was held on the last day of Term 1. The focus of the liturgy was to commemorate past and present veterans. The liturgy was run by Year 4 with Anzac Bear, Trooper Jones. Thank you very much to all who were able to attend. A special thank you to Air Commodore Richard Keir who prepared and delivered the Reflection. He spoke about the veterans of his own family: his grandfather, a veteran of the First World War; and his great uncle, a veteran of the Second World War. Richard elaborated on the tragic experience of his great uncle who was amongst the 15 000 Australians captured as Prisoners of War by the Japanese in Singapore. He was one of the POW workforce on the Thai-Burma Railway and died in captivity. His family were unaware of his death until much later. Richard spoke about the Anzac Spirit and values we can learn from and endeavour to practise: sense of purpose, responsibility and mateship. Thank you also to Lieutenant Commander Shaun Nelson who read the Peace Prayer and Jaki Kane who led the choir in beautifully singing ‘We Will Remember’ written by Russell Tredinnick.

Our school were fortunate to have a Catafalque Party from Australia’s Federation Guard and Bugler from the Band of the Royal Military College Duntroon at the liturgy. Guests at the liturgy were the Catholic Bishop to the Australian Defence Force, Bishop Max Davis, and Principal Chaplain RAAF, Monsignor Peter O’Keefe. Parish Priest, Fr Joshua Scott, gave the final blessing.

The National ANZAC Day Mass held at St Christopher’s Cathedral in Manuka, brought people together to pray for those who gave their lives in war. Well done to the D’Arcy Family who undertook the special role of presenting the gifts for the Offertory of the Mass with great respect.

St Thomas More’s Primary School has been invited to attend the Battle for the Coral Sea Commemorative Service at the Australian-American Memorial at Russell Offices on Friday 10 May at 11am. This year our School Captains and Sports Captains will represent our school. Permission Notes will be distributed by the end of this week.

It is the 77th Anniversary of the Battle of the Coral Sea. This battle holds great historical significance as a turning point of the course of the Second World War (1939-45) in our region and for the development of Australia’s relationship with the USA. The Australian-American Memorial is “The Eagle” on the column at Russell Offices. This prominent monument was opened in 1954 by Queen Elizabeth. It was funded by the Australian public to pay tribute to USA service personnel who died fighting alongside Australian troops in the Pacific during the Second World War, and recognises our on-going close relationship with the USA.

Info For ADF Families in honour of all Defence Mums. Hosted by DCO Canberra and Soldier On. Register by 6 May 2019 9am via Eventbrite https://www.eventbrite.com.au/e/an-adf-families-event-mothers-day-morning-tea-canberra-tickets-59748306794?aff=efbeventtix&fbclid=IwAR37-2nhVfGrDQS2OkquTbRJtWdMr1fozweakFoxagnsfR04QoUfNGn70Ek or Facebook https://www.facebook.com/events/366996734027084/

Info Free event. Gold coin donation at gate. Many activities for the whole family throughout the day.

Defence Families Australia (DFA) want to hear from ADF families about the issues they are facing. In August each year, DFA meet with Defence policymakers in Canberra including CDF, Service Chiefs and the Minister for Defence Personnel and so they are now reviewing what's happening in the local Defence Communities. DFA plan to advocate for the programs that most benefit families and the issues that most affect families.          Emma Steil is the Canberra Region DFA Delegate so if you have feedback, contact her via email at act.sthnsw@dfa.org.au or 0419 333 101.

Feel welcome to visit or contact me on 6249 8869 or send an email to sonja.mingay@cg.catholic.edu.au .

Welcome back to Term 2! I hope families had an enjoyable two weeks for the school holidays.

Our next Mini Vinnies meeting will be Thursday, 9 May (Week 2). We will start organising our activities for Term 2 which will include the Winter Clothing Appeal for St Vincent de Paul.

Thank you so much for the donations towards the Ethical Easter Egg Raffle. We were able to make up five amazing Easter Baskets and four smaller bags all full of yummy ethical chocolate bunnies and eggs. The raffle was drawn on the last Thursday of Term 1.

Mini Vinnies created a play to educate our school community about child slavery in the chocolate industry. It included a number of scenes: 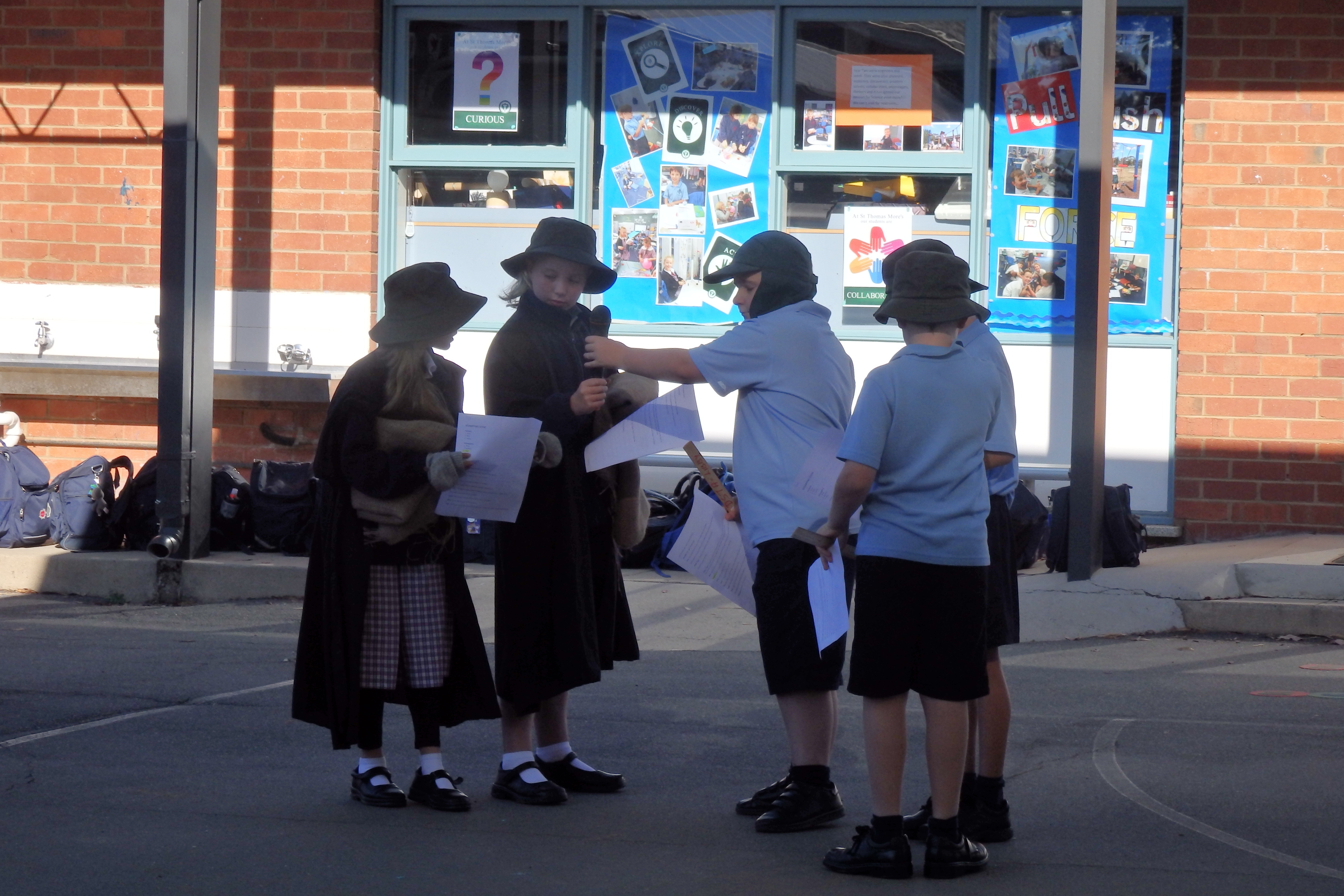 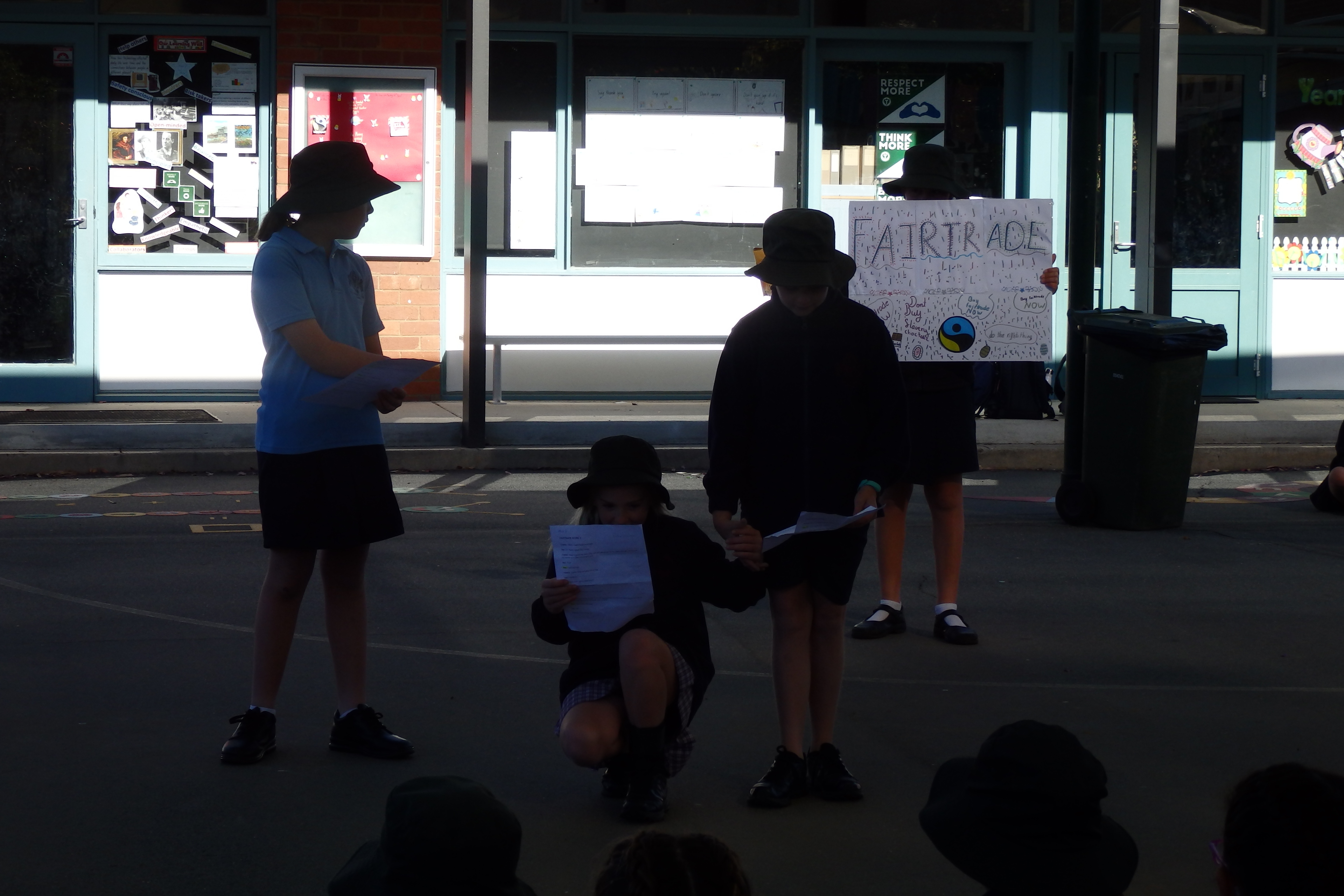 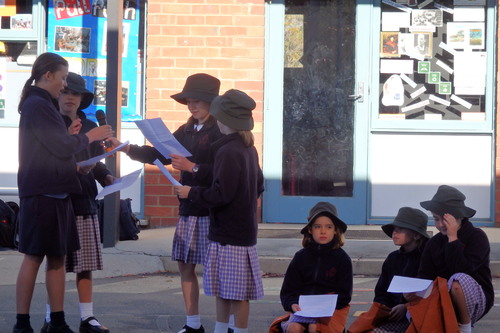 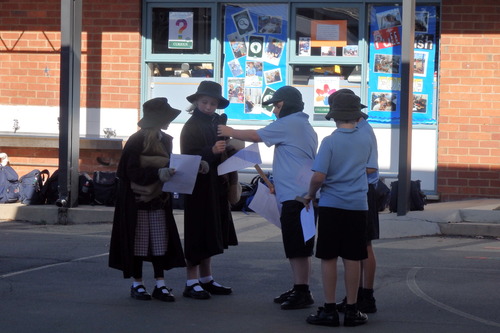 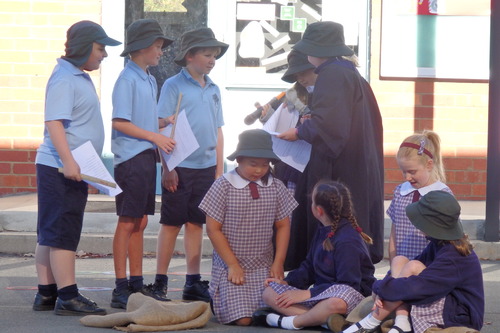 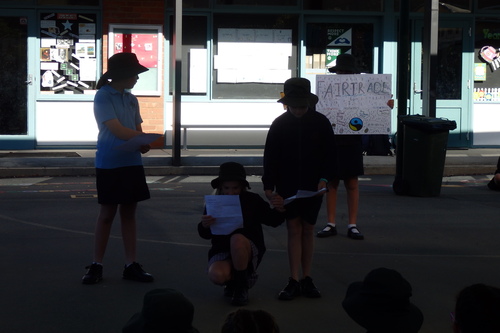 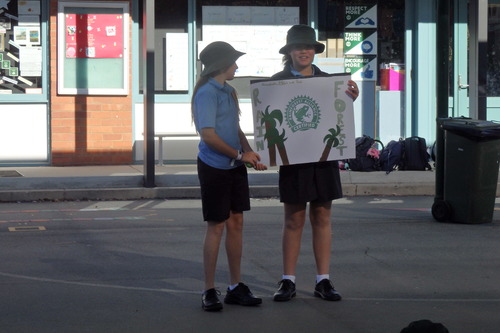 $338.20 was raised and will be donated to the Kitenden Village Preschool Project (Maasai community in Tanzania, eastern Africa) http://www.futurewarriorsproject.org/our-projects/kitenden-village-preschool supported by St Thomas More’s Mini Vinnies since 2014.

Grief is our response to significant loss and/or change. It is a normal and natural response and can affect every part of our life, including our thoughts, feelings,behaviours, beliefs, physical health and our relationships with others.

Some examples of loss and/or change that a child may have experienced include: death of a family member, friend or pet; divorce or separation; moving locations; parental absence; family illness; and natural disaster.

Seasons for Growth is an education program for children which explores the effects of grief and specifically develops skills in communication, managing feelings, decision making and problem solving. The program aims to teach ways of understanding and coping skills that children and young people can apply to any change and loss experience in their lives.

It involves eight 45-minute sessions that occur once a week in the second half of Term 2 and first half of Term 3. Children will be organised into small groups and guided by trained companions. Please note it is an education program, not therapy.

St Thomas More’s will be providing the opportunity for children in Years 1-6 to partake in this program. If your son or daughter has experienced grief and you think they would benefit from the Seasons for Growth Program, you are encouraged to talk to him/her first about this as it is important that the child is ready and willing to participate. To nominate your child/ren for the program, please send an email to sonja.mingay@cg.catholic.edu.au by Friday, 10 May 2019 (Week 2). If you require further information please contact Sonja Mingay who is coordinating the program. 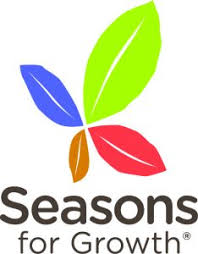 Feel welcome to visit or contact me on 6249 8869 or send an email to sonja.mingay@cg.catholic.edu.au .

Music tuition is available at  St Thomas More’s during school  hours.  If you would like your child to learn a musical instrument contact the Tutors directly . Flute lessons are available at school with Andrew Koll (BMus Hons). It is best for children to be over the age of 9 before learning to play the flute. Enquiries to Andrew on 0407066304 or email: realbach@tpg.com.au

Violin and Cello are available with Matthew Foster

Guitar lessons are available with MOJO